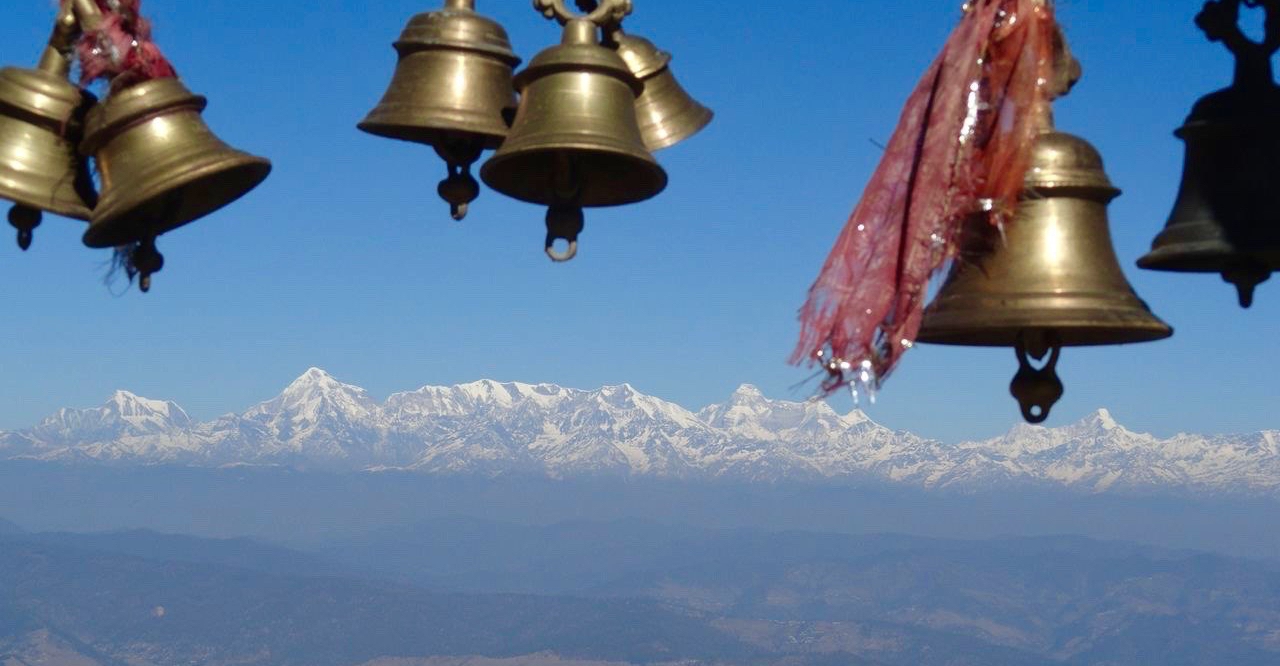 My husband had planned to have another healing session with me in order to clear some sticky patterns that keep popping up in his life. Half an hour before the session, he looked at me and suggested “Why don’t we postpone it? Why not tomorrow?” I laughed and said, “No way. And we better look straight at that energy that wants you to cancel.”

I guided him into a higher state of consciousness. A level of deep physical relaxation yet also sharpened refined perception which is not possible in everyday consciousness. However, it still allows to use the speaking faculty in order to convey inner visions and experiences. Here a partial description of what he got to see.

At the point, when we were targeting the root cause of an old trauma of his, my husband saw a huge dark energy cloud. It was hovering above him, and even above the entire city. That dark energy not only looked big but also felt heavy, aggressive (fighter-like), scary, and very old (much older than he is in this life). My husband wanted to run away. But where? There was nowhere to go, as there was empty, lonely desert in all directions.

I asked him to find a place in nature where he could feel safe and protected. Where he could calm down and reassess the situation.

After scanning the planet, he sensed a mountain area would be good. And then he saw two locations he had visited (in person) before, one in the Alps and one in the Himalayas. Pure nature, elevated region, no city, few people only.

He felt light, free and safe in those places. And he was shown that all the towns and cities are full of dark heavy energy. And that darkness surrounds the people there.

The elevated mountain spots allowed him to rise above all the grey clouds. And he saw also gods up there. And a few saddhus, living (hiding) in caves.

My husband started communion with Shiva (consciousness), and it became clear that too much bad energy is currently stuck in the urban areas. Negative entities are very powerful and have a lot of grip over the people who seem oblivious to what s going on.

Due to the presence of dark energies, the Gods have put their work on hold and went into seclusion. Like Shiva, Parvati and their entire family, the Gods remain withdrawn and do not actively connect to the humans anymore. If individuals come out of their own free-will choice and ask for help, of course, they will be helped. Otherwise the Gods will remain secluded and only in observer mode.

In India in particular, due to lockdown, people had to stop visiting temples and pilgrimage sites (e.g. Char Dham Yatra), and henceforth do not release the heavy, bad energetic baggage as they used to before 2020. People carry lots of negative energies and stay mainly at home, which creates an ever bigger vortex of dark energy, and also attracts “enemies”. Bad energy is stuck, and keeps growing.

Temples are spiritual powerspots and they help the Gods to churn and transmute negative energies. When people came to the temples, asked for help, recharged themselves, left, and then mingled with other people, there were positive and balancing energy waves streaming through the population. Also the sounds of temple bells help in clearing the atmosphere. This has significantly or completely stopped in India since 2020.

In our session, my husband sat down high up in the Himalayas and got to see the bigger context of what is going on right now. And he saw that more is on the way, and worse situations are going to come.

For quite some time he remained in silent communion with Shiva, deeply moved, and shaken to the core by what was shown to him. Tears welled up. To prepare ourselves spiritually is the most important key in this day and age. With gratitude, we closed the session.

And my husband cognised that it was dark energies that tried to push him into postponing our session. There were more insights, but what I shared here is most relevant to share with you.

The message is clear and urgent: pray, do daily puja (light ceremony), work with bells and cymbals (sacred sounds), keep life simple, meditate and stay well connected to your spirit, to nature and the (cosmic) sun.

Connect with the true (!) gods, true source / supreme divine light and invoke guidance for yourself and help for humanity.

One Reply to “Message from Shiva”